Are Selfies a Good Thing?

Exploring the pros and cons of selfies 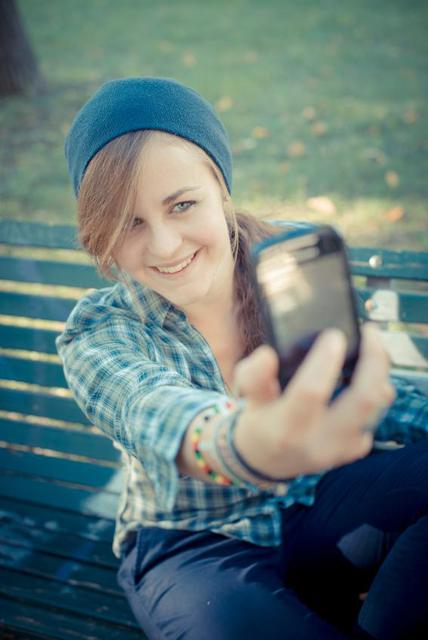 There has been a lot written about the concept of selfies – the smartphone self-portrait that has become a means of self-expression for teens. Some people worry that it is creating self-centered teens while others say it empowers young girls to learn to appreciate how they look.

Meanwhile, research shows that 65 % of teenage girls said seeing their selfies on social media actually boosts their confidence. And, 40 % of all teens say social media helps “me present my best face to the world," according to the Today/AOL Ideal to Real body image survey.

To adults, selfies might seem silly or unimportant, maybe even a little self-centered, but according to social scientists they are extremely helpful because they provide teens with a way to control the image they want to show the world. And this type of control can be very empowering for young people. Psychologists call the phenomenon self-efficacy, which is the idea that you can control your world.

But this is where it gets tricky. Sure teens have control over what the image looks like and they can control the message they want to send, but once the photo is posted using social media, the teen then loses all control over how that image is used from there. They cannot control how others might use it. And unfortunately sharing selfies online often can open the door to cyberbullying.

But one company hopes to make a dent in cyberbullying though by creating an app that restricts bullying opportunities while still allowing young people to express themselves through photos. Developers of the app Shots have created a social media tool that allows teens to share selfies without the drama that cyberbullying causes. The goal is to provide a place where positive communication is encouraged.

To learn more about the app and how it addresses bullying check out: 5 Ways the Shots App Is Designed to Reduce Bullying. You also may find 5 Types of Cyberbullies and 7 Surprising Things Parents Don't Know About Bullying But Should helpful as well.